It has been a hard battle with games won and lost but the Kinistino Atom Tigers finished the season as Northeast Champions.

The Kinistino Atom Tigers were 17-1 for the regular season in a league with 15 teams. During the championship games, the Tigers faced Naicam in the first round of playoffs, two games total points. The Tigers won both those games, 8-6 and 11-4.

The Tigers went on to face St. Brieux, best of 3 series for the title.  Game 1 was played in St. Brieux. The Tigers played hard, coming back from a 3 goal deficit in the 1st, and won that game 7-6.

Hoping to win it all at home, the Tigers faced a devastating loss in game 2, losing 0-8. However, our players rallied back in game 3 to defeat St. Brieux on their home ice 7-3! 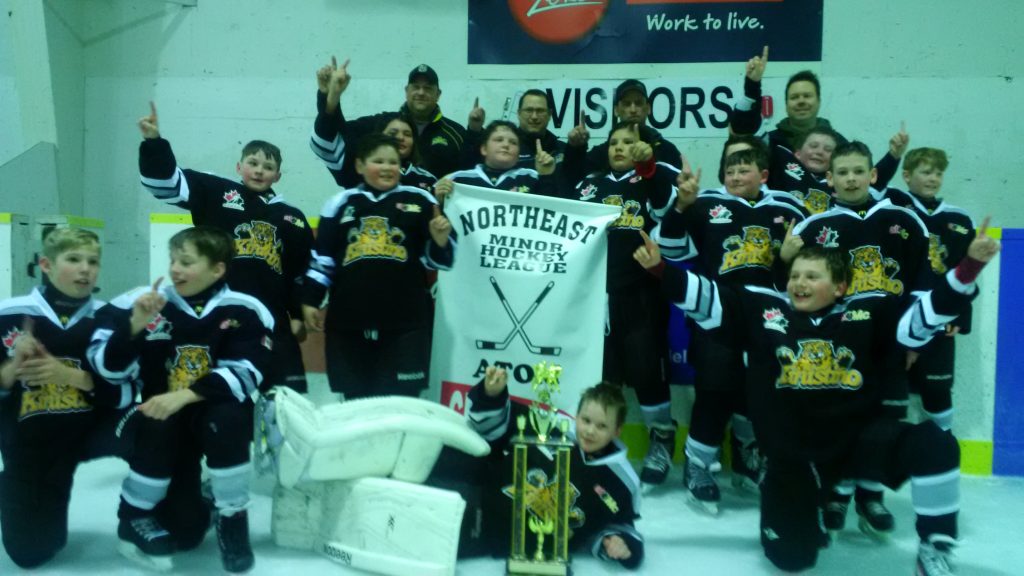